Raven McAllan has come to share a little about her new book, The Dommes of Ballingal: Kristin, which is out today. But first let's hear a little about Raven in her own words.
Well what can I say?
I'm growing old disgracefully and loving it.
Oh and I live on the edge of a Scottish forest, and rattle around in a house much too big for us.
Our kids have grown up and flown the nest, but roll back up when they want to take a deep breath and smell the daisies so to speak.
I write in my study, which overlooks the garden and the lane. I'm often seen procrastinating, by checking out the wild life, looking—only looking—at the ironing basket and assuring tourists that indeed, I'm not the bed and breakfast. That would mean cooking fried eggs without breaking the yolks, and disturbing the dust bunnies as they procreate under the beds. Not to be thought of.
Being able to do what I love, and knowing people get pleasure from my writing is fantastic. Long may it last.
www.ravenmcallan.com 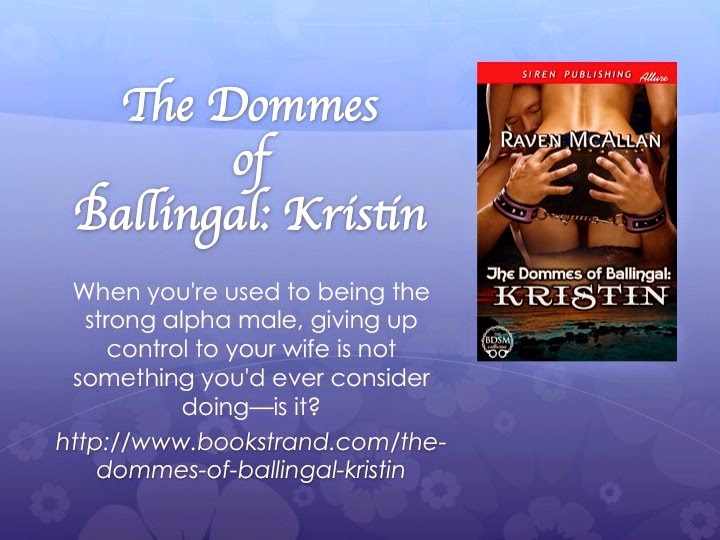