I have a very special author joining me today for my first ever author host. Her name is Abbie Carlisle and she brought along her first novel, Elijah's Vow. Abbie lives in Kent, England with her wonderfully understanding husband and 3 children. She spends every spare hour either with her family or, with the immense support from her twin sister, her other passion ‘writing’.  For years she had dreamed of writing her own paranormal novel and then her first novel was born.

A little bit more about Abbie!

I love reading and my favourite Authors are Laurann Dohner, Lara Adrian and JR Ward. After reading many of their novels, I decided to start writing my own Paranormal novel ‘Elijah’s Vow’ in early 2014. It took me about 5 months to write and it astounded me how the characters and the storyline developed as I wrote. The idea first began one night with just the hero but before I knew it, I had planned the storylines for the entire series. My second book in the series ‘Jonah’s Salvation’ is due for release in February. His book delves into the life of Elijah’s second in command and is full of emotional conflict, love and passion. Working full-time means I have to organise my time effectively and find it’s at the end of the day that I finally get to sit and spend time writing. I’ve met many amazing Authors since publishing Elijah’s Vow and their support has been invaluable. Writing Elijah’s Vow has been an emotional roller-coaster of pride, joy and anxiety (especially on release day!) and I hope that my book brings as much enjoyment for readers as it has been for me writing it.


Now that she has teased you enough with all the talk about her books, here's a closer look at Elijah's Vow. 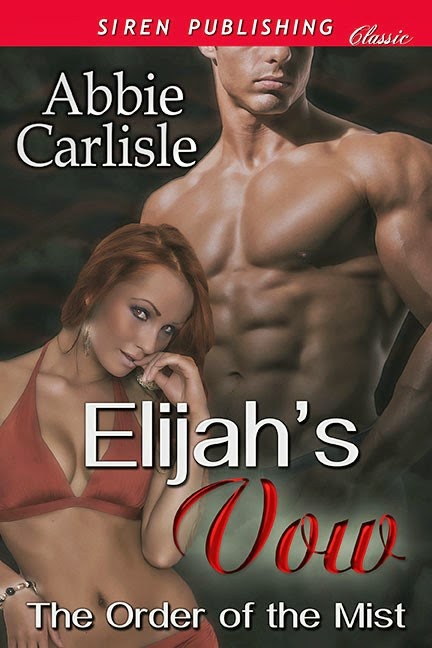