Suzette Rose Cauler has come by to say hello today and to share with us a little about book one from her Wolves of River Bend series. 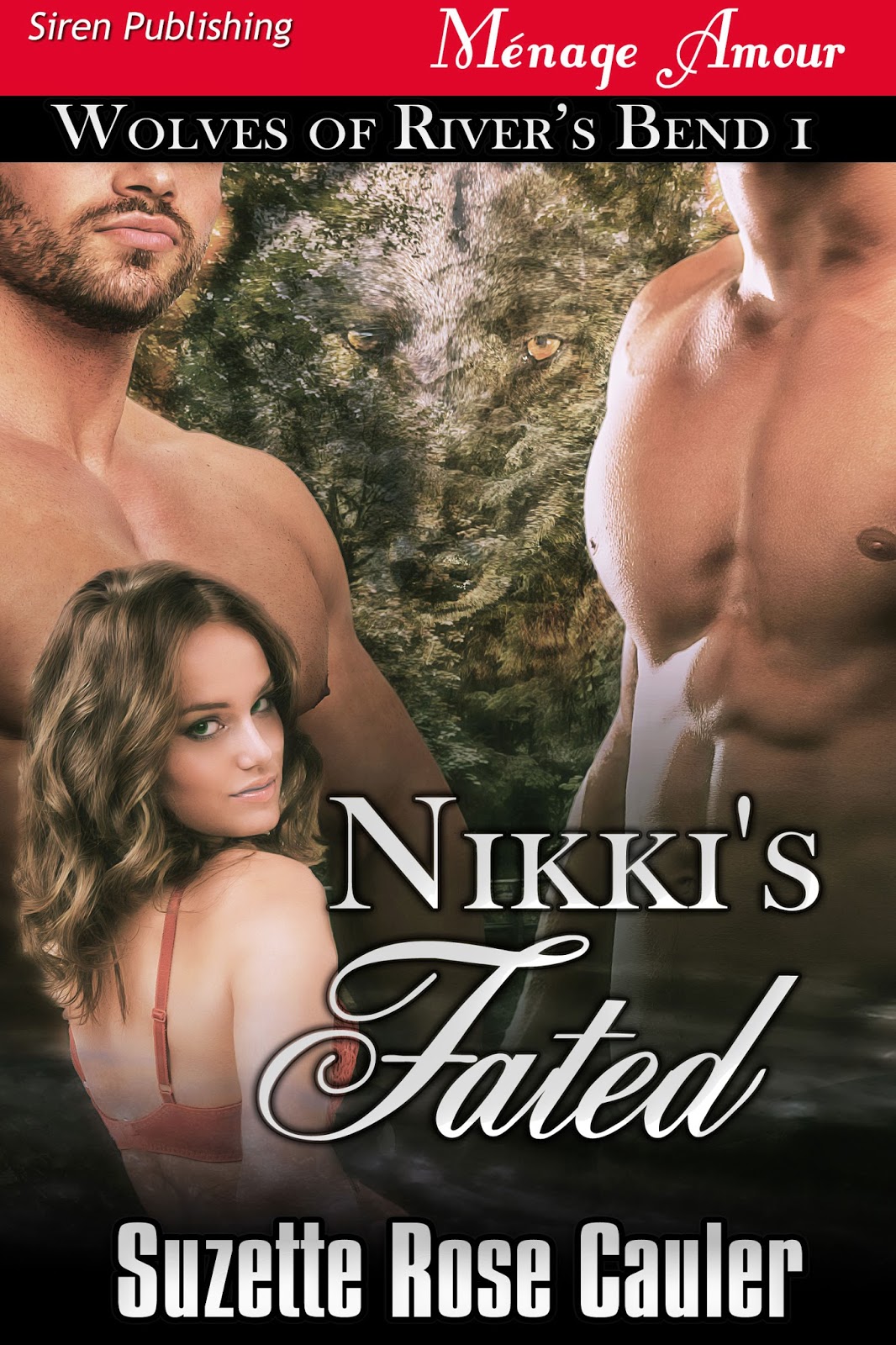 Wolf shifter Nikki Black never expected her love life to mean the difference between lasting peace and all-out war. Especially when her fated, Luke Andres, wants nothing to do with her. Forced to join to prevent bloodshed between their rival clans, Nikki and Luke enjoy a blistering night of passion before facing another complication—Luke’s brother is also Nikki’s destined mate.
Mason Andres is passionate, loving, and sexy, and Nikki falls hard for him, thrilled that he feels the same. She wants the same love-match with Luke, but that’s the one thing Luke can’t risk giving her. Fighting destiny to keep his heart safe from the only woman who can claim it, Luke makes plans that could separate them for good. But when love and passion run soul-deep, fate can overturn even the best-laid plans.