Ravenna Tate  has dropped by my blog today, and I'm excited!


***FANTASY ALERT!!!***
Who's dreamt of being abducted by aliens? Not those nightmarish dreams that involve probing (though I'm sure this book has a little of the fun kind of probing), but the ones in which huge, muscly, gorgeous aliens take you to be their mate! (Phew, is it getting hot in here?) Maybe I should let you read all about Marianne's Abduction while I go and cool myself off.
(Note to self, read this book in an ice bath!) 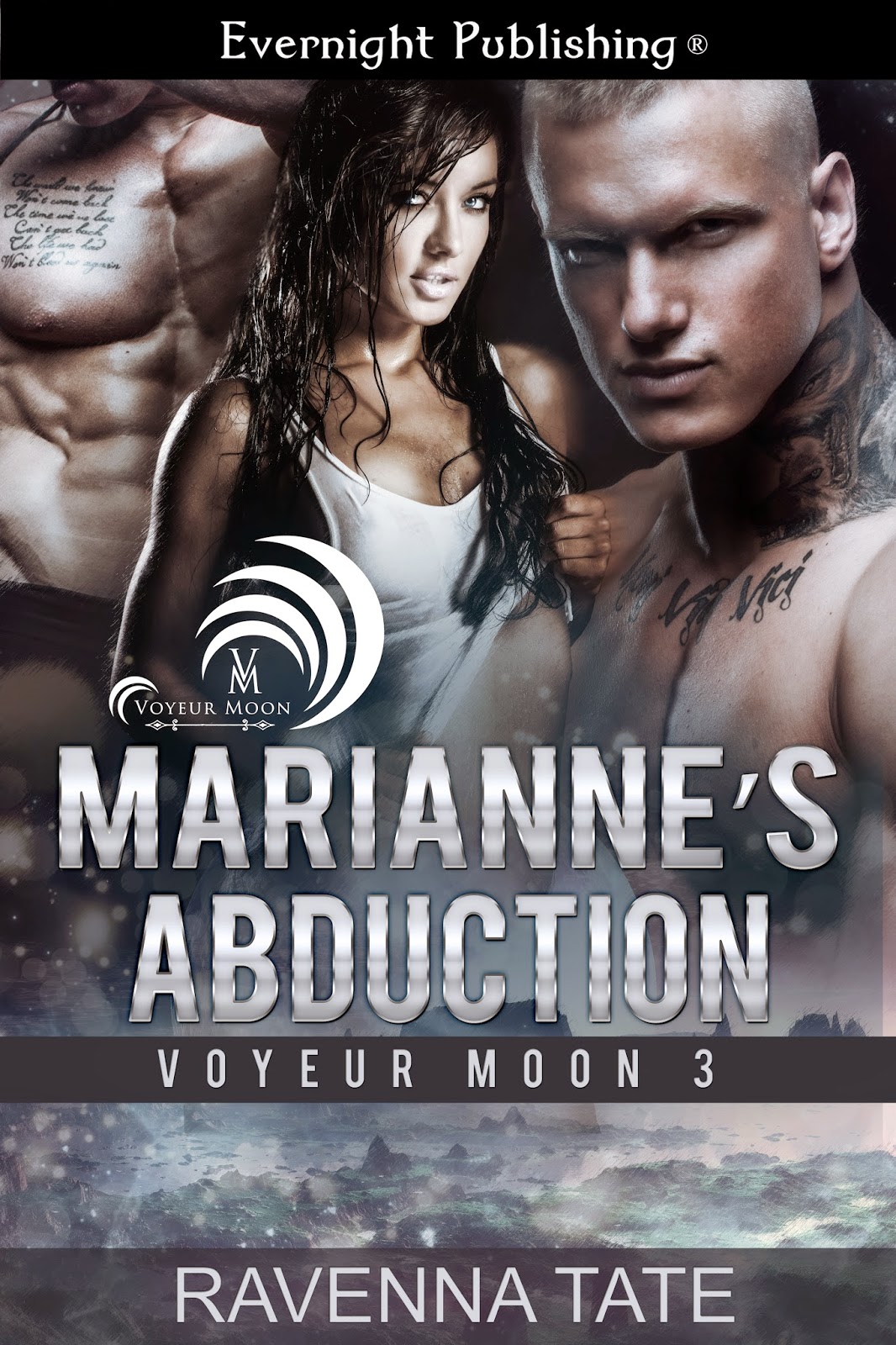 Marianne Kowalski is simply trying to survive on what’s left of Earth after two years of invasions by the Tyranns. One night she spots an alien spaceship. When two men emerge, she hands them a letter explaining how to find her missing aunt and uncle. Marianne has nothing left on Earth, and only wants to rejoin the two people who raised her.


But when she wakes up, she’s on Addo with Vaughn and River, two hulking alien men who inform her that her aunt and uncle have been taken prisoner by the Tyranns and are being held somewhere on Voyeur Moon. Marianne puts her IT skills to work helping the Addonians, but falling in love with Vaughn and River isn’t something she counted on.
***Click HERE to purchase directly from
Evernight Publishing***
Other Buy Links
AMAZON US    AMAZON UK  AMAZON CA    AMAZON AUS
Posted by Unknown at 00:01