I would like to welcome McKinlay Thomson today. She's here to share a little about her latest book, Tracking Ainsley.

Are you ready to read about Tracking Ainsley? 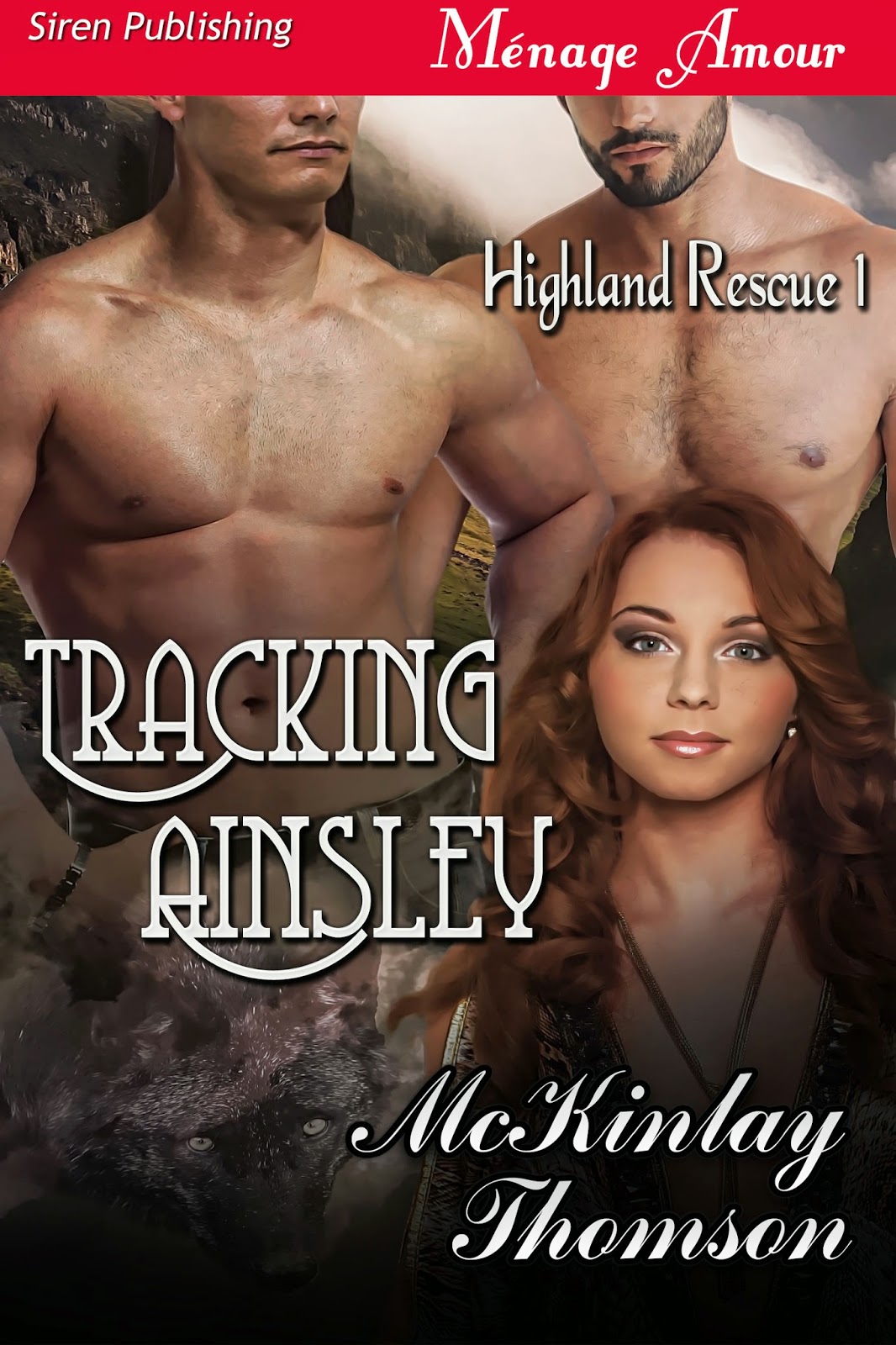 Ainsley Gordon has never been much for adventure and the outdoors, so why she ever let her friend convince her to go hiking in the highlands of Scotland is beyond her. When a storm moves in and a tragic accident befalls her friend, they are well and truly stuck and in desperate need of rescuing.

Conall and Finlay Breckenridge are wolf shifters and members of an elite squad called Highland Rescue. They operate in the harsh and dangerous wilderness of the highlands, saving stranded and injured travelers. When they receive a call to rescue two hikers, they never expected to find their mate.

The weather takes a turn for the worst, leaving the brothers no option but to take Ainsley to a remote cabin and wait out the storm. But when a rival pack bent on revenge find them, can the two sexy wolf shifters convince Ainsley to trust them with more than just her heart?